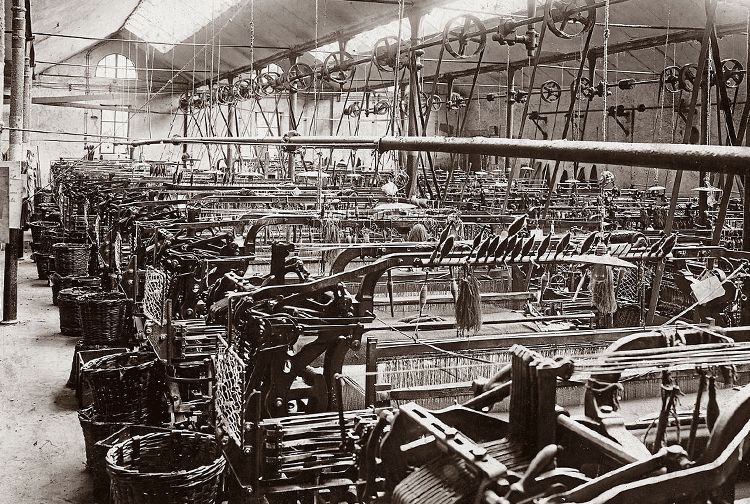 I.T.B. Fabrics The marque of excellence in the Biella textile district.

The production and processing of yarns and fabrics in the Biella region has ancient origins which can be traced back to pre-Roman times.
The reasons for this are to be found in the area’s natural environment. Located in the foothills of the Alps, the region is traversed by many fresh alpine streams. The local soil has poor fertility, but this means that the local water has very low levels of silt and natural pollution. These mountain streams provide economical energy sources, whilst the quality of the water contributes to the softness, shine and feel of the textiles which are produced. These characteristics are particularly favourable to the spinning and weaving of fabrics. Thus the local population concentrated initially on sheep farming and then, in order to create additional income, they were able to diversify into weaving.

Initially, the production of yarns and fabrics was mainly the prerogative of large families. It was only in the Middle Ages (in particular, between the thirteenth and fifteenth centuries) that other parties became involved. In 1245 the statutes of Biella were already referring to the woolworkers’ and weavers’ guilds: hardly surprising in view of the region’s high mountain pastures and copious water supply needed for washing fleece and powering mills.

Between 1500 and 1600 each district tended to have its own production specialization: the Elvo Valley, for example, specialized in “fine cloths” and the Strona and Sessera valleys specialized in “raw and ordinary cloths”.

Around that time the merchant entrepreneur, who in general had developed from the family-run textile business, began to be more prevalent and ambitious. Nevertheless the local technical and organizational levels were inferior to those which existed in the more highly developed foreign industries. Then, in about 1816, on the initiative of one Pietro Sella, the first mechanical looms were imported from England and installed in the Valle di Mosso area of Biella. This significant action helped create a more organized business model from which the modern local textile industry was able to evolve.

As a direct result of this the Biella textile district was to experience a period of high business intensity. Large factories, often family businesses, sprang up. Each of these usually specialized in a specific phase of the production process. This structure, which integrated the entire production cycle, from the treatment of greasy fibres to the finished garment, is still maintained today and uniquely differentiates the Biella district from the rest of Europe.

With the advent of industrialization, the first brands began to appear, with names related mainly to territories and business families. Eventually, in the early 1900s, these names were lost and textile companies began to adopt more imaginative names not related to geographic or family origin.

In order to face global competition the Biella textile district has more recently tended to utilize its specialist skills. Years of experience gained by master craftsmen have ensured that the products such as wool, cashmere, alpaca, vicuña and mohair are developed to the highest quality, ensuring that local companies are able to maintain their prominent role in the textiles sector on the world stage. Amongst these are some of the most famous brands: Ermenegildo Zegna, Lagne Tollegno, Angelico and Lanificio F.lli Cerruti. – all companies which display with pride the “Made in Italy” symbol of excellence.