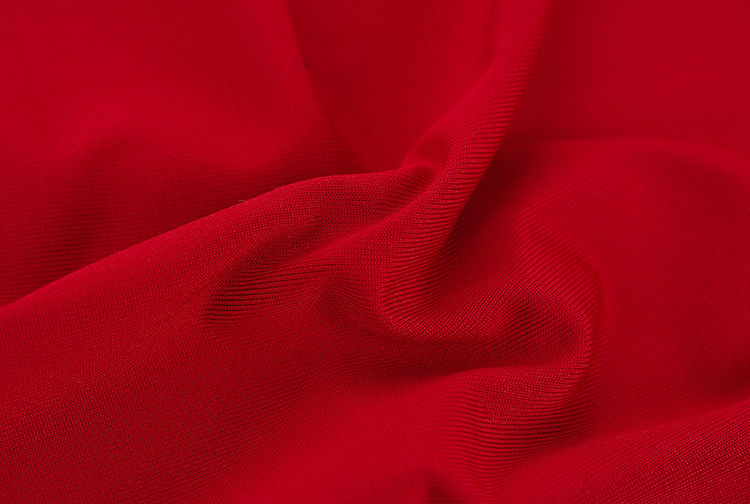 Wool is a highly regarded natural animal fibre which has been used since ancient times.

The reasons for its varied usages are to be found in the peculiar characteristics of the fibres. Wool is very elastic, resistant, heat retentive and capable of absorbing moisture, as well as promoting natural perspiration. These properties give the final fabric unique characteristics, whilst preserving its natural feel.

Most of the wool fibres are obtained by shearing the fleece of sheep, goats and members of the camelid family.

The best known and most used wool, of course, comes from sheep. Indeed, according to Italian legislation, only the fibres obtained from sheep may be defined as wool. The other fibres should be referred to with the suffix “hair” – for example “Goat Hair” or “Camel Hair”.

Ancient sources confirm that the use of wool for the production of yarns and fabrics was already practised by the ancient peoples of Palestine and Mesopotamia as early as 3000 BCE. This practice was later enhanced by the Greeks and Romans, the latter being the first to introduce textile industries into the United Kingdom.

Currently, the largest wool producers in Europe are the UK, Spain, France, and Italy, although the countries where sheep farming has been most highly developed are Australia, Argentina, South Africa and New Zealand. New Zealand, in particular, is considered to be the country where the finest wools, obtained from the fleeces of Merino sheep, are produced.

Classification and Types of Wool.

From a commercial point of view, wool may be classified on the basis of various criteria. One of the most commonly used is that which distinguishes and qualifies the woollen fibres according to the breed of animal from which they originate. This will attribute unique characteristics and values to the final products.

Based on this classification, it is customary to distinguish between: 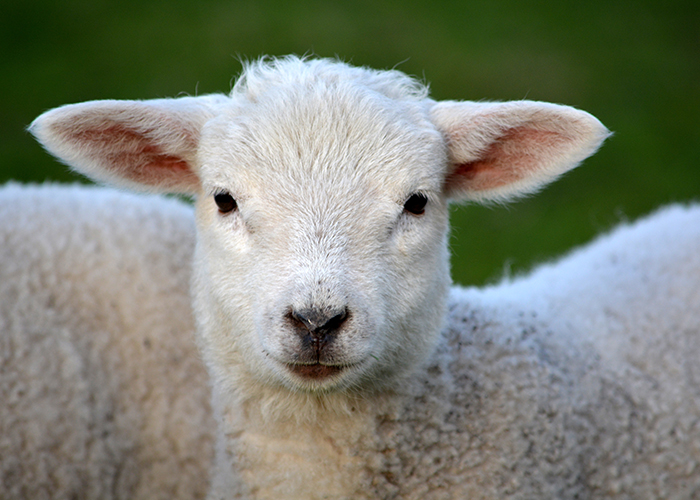 This is a type of virgin wool (ie natural, not regenerated nor recovered from the waste of other processes) which is obtained by shearing lambs. It is characterized by thin fibres. The fleece obtained from adult animals has a particular thermal resistance. 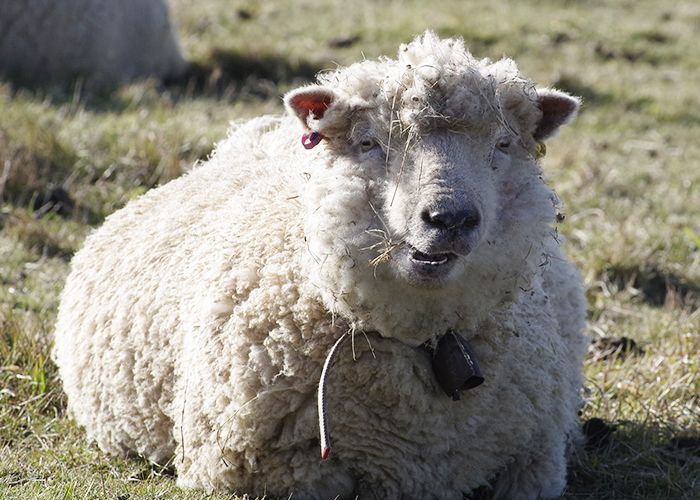 Merino wool, one of the most valuable fleeces in the world, is obtained from the coat of the sheep which bear the same name.

It is a particularly soft fibre, extremely thin and pleasant to the touch This permits the creation of fabrics such as “Cool Wool” – an ideal product to wear even during the hottest periods.

Merino wool’s speciality is provided by its very curled fibres. These increase the insulating properties of the fabric, enabling the user to be protected both from the heat and from the intense cold.

The sheep from which they are derived are mainly raised in Spain, Argentina, Australia and particularly in New Zealand. 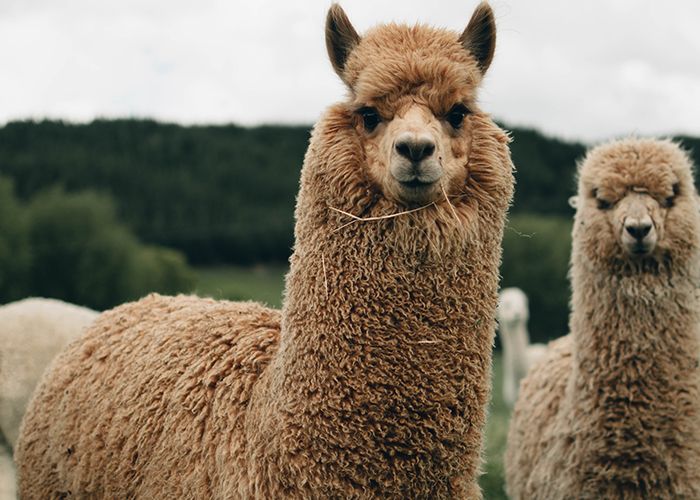 From the fleece of the Alpaca, members of the camelid family which tend to be bred in South America, Alpaca Wool is a very fine, and very resistant wool. It is not subjected to felting (a process that causes a natural fibre to fray slightly and fuse to the other fibres around it) and does not cause allergic reactions. There are two predominant species of alpaca, the Huacaya, from which a more wavy and elastic wool is produced, and the Suri, from which a smoother and finer wool is obtained. 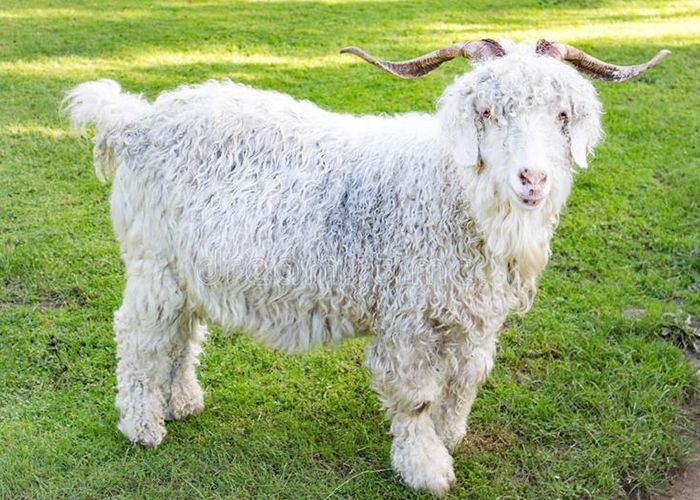 This is a fine wool, highly appreciated for its whiteness, softness and thermal properties. It is obtained from the fleece of Angora goats, which originated in Turkey.

The climatic conditions in the country of origin of the Angora goat have significantly affected the characteristics of the fleece which, in having to adapt to the arid climate, has developed a particular uniformity in its fibres. This produces an extraordinary shine, length and elasticity, as well as a marked resistance to wear. These peculiarities, together with the lightness, breathability and good stain-resistance, make Mohair wool particularly useful in the textile industry, where a mixture with other less valuable yarns helps improve the quality of the finished product.

The wool of the younger Angora goats, in particular, is used to produce the finest fabrics, whilst that obtained from the adult animals tends to become destined for the production of less valuable products, such as carpets and more resistant fabrics. 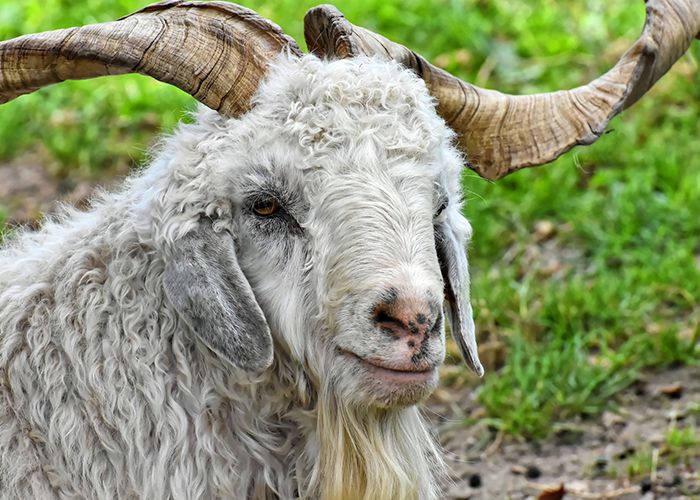 Cashmere is one of the noblest and most valued fibres in the world. It is characterized by a particular softness and shine and thus is used for the creation of haute couture garments.

Cashmere is obtained from a particular breed of goat, originally taking its name from the goats found in the Himalayan region of Kashmir. The goat is bred in Russia, China, Afghanistan, Turkey and India, although the finest quality cashmere comes from the Tibetan highlands in the Himalayas and from Mongolia. It is in these regions that, in order to protect itself from the cold temperatures of the long winters, the Capra Hircus (also known as “Pashmina”) has developed two coats: a superficial one, called “guard” hair, formed by long and coarse hairs, and an undercoat nearer the body, composed of particularly fine, soft and warm hair. It is from this undercoat (the so-called “down”) that the famous “Kashim” is obtained. 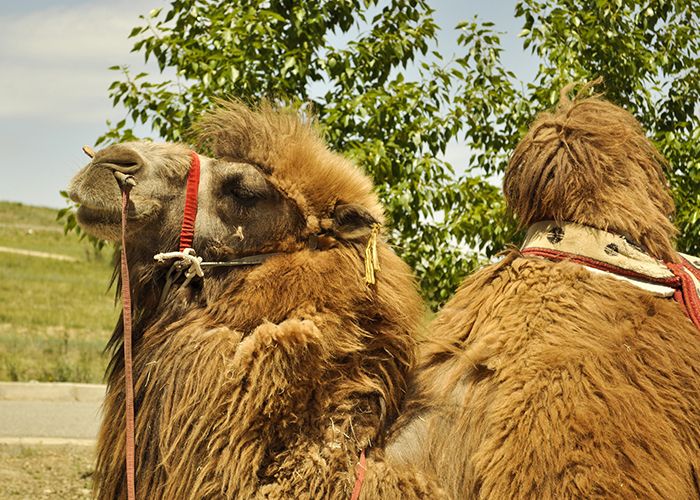 Camel wool produces a strong, shiny, smooth, warm and lightweight fabric, ideal for the production of coats, scarves and pullovers.

The finest camel wool fibres come from Central Asia, where “Bactrian” camels are bred. This breed is known for its large twin humps and long and shiny coat. It is in this region that the camel hair is collected when the moulting season occurs in late spring. This produces a particularly soft and warm yarn, characterized by an extraordinary golden colour with shades ranging from red to light brown. Most camel hair is left in its natural tone, meaning that the fibres do not always require dyeing. 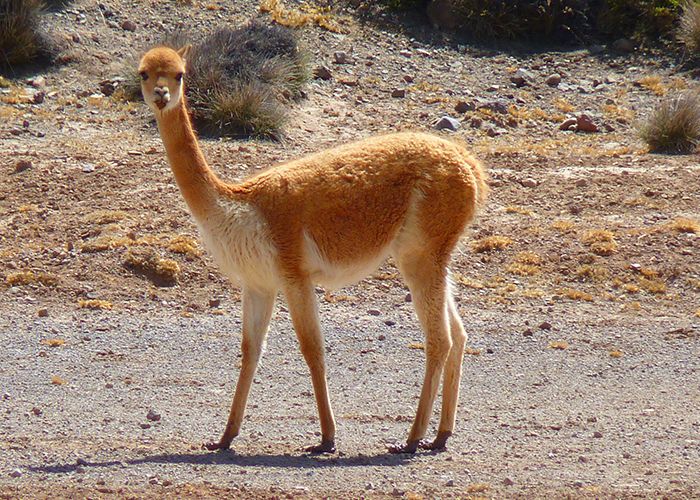 place of honour in the world of wool rankings goes to vicuña wool. This is considered to be the most precious and exclusive textile fibre in the world.

The fibres of this wool are characterized by exceptional fineness, softness and shine. Each fibre has a diameter of 12µm, compared to the 15µm diameter of cashmere fibre. The vicuña is a small camelid creature indigenous to South America. It is currently considered an endangered protected species. So rare and sacred was vicuña in ancient times that it was against the law for anyone to wear vicuña except for Inca royalty.

The reduced amount of fibres that are obtained from the fleece of vicuñas and the characteristics of vicuña wool make it the rarest and most precious wool in the world.

Wool is a fibre with unique peculiarities, which derive from the particular composition and structure of the fleece from which it is obtained. In addition to common characteristics, each type of wool is distinctive in its own right.

Wool is, in fact, a protein fibre characterized by a high concentration of keratin, a polypeptide chain made up of many amino acids organized in a three-dimensional helical structure which gives the fibres a particular elasticity.

The keratin is arranged on the surface of the fibre by means of partially overlapping scales (like the tiles of a roof). These act as anchoring and interlocking points between neighbouring fibres, giving the yarn a particular tear resistance.

In addition, the presence of numerous undulations on the fibre, from which the characteristic wavy aspect derives, allow for the incorporation and retention of air. When worn this keeps the air in contact with the body rather than allowing it to “leak” to the outside.

This structure, together with the chemical composition of the wool, gives the yarns extra properties that differentiate them from any other fibre, and facilitate their use in the textile field.

Here are the main properties:

According to the different processing to which they are subjected woollen fabrics for garments can in general be divided into 3 types.

The Worsted wool fabrics are of highest quality and are made from long straight parallel fibres. These produce a smoother, finer cloth.
The processing with which they are produced is combing, a phase that aims to:

To carry out this processing, excellent quality yarns are used: they must be light, shiny and highly resistant.
Combing allows you to obtain a yarn of value. It has little down, is smooth, fresh and suitable for the creation of high quality fabrics. The yarn has a dry, smooth feel, such as is found in gabardine, and light and crease-proof fabrics.

Shorter fibres (often from regenerated wool) are used to make carded woollen fabrics which typically have hairy, soft and swollen appearances.
With carding, the fibres are arranged so as to obtain a more voluminous yarn. The fabrics are softer, heavier, and bulkier; almost swollen, in fact. These are characteristics that make them warmer and particularly suitable for the production of winter clothing.

Fulled wool is a less valuable fabric than that obtained with combing and is characterized by its high softness and compactness.
Fulling, is when wool is spun into a thread or yarn, then knitted or woven into a cloth- that is then shrunk. This shrinking process results in a stronger, thicker, and more water and wind-resistant fabric The process from which it is obtained compacts the wool fibres through felting. This involves closing the weft and warp threads in a progressive and irreversible process, making the final product less consistent compared to a full, combed fabric.